We’ve been following Eskei 83’s successful career for many years – a career that climaxed when he was crowned the Red Bull Thre3Style World Champion in 2014.

We met Eskei 83 at the Splash! Festival 2015, where he allowed us a glimpse into his working methods in the course of a very interesting interview.

Sebastian König, alias DJ Eskei, had competed in countless DJ battles. Ultimately he gets a special kick out of going into these DJ battles with his unique mix of tracks from all manner of genres, combined with scratches and beat juggling.

But the Dresden native’s roots are more in club DJing than anything else. This makes Eskei 83 a DJ of choice at international festivals as well as at the hotspots of the global club scene. In addition to his routines, which seldom fail to hit crowds with a calculated element of surprise, his kit also contains his own tracks, which are released the Munich label Crispy Crust.

ORTOFON: Eskei, what inspired you to become a DJ?

- There were two things that spurred me: for one, hip-hop and German rap were booming in Germany in 1997/1998 - everyone at my school was listening to Massive Töne or Absolute Beginner. I was hooked. DJ Mad was in the limelight, particularly in Absolute Beginner. Not only were they responsive to him lyrically, but he was also part of the band, since he was responsible for the beats.

That’s when I started producing beats on my computer. But I also wanted to scratch over the beats, so it was only natural to add two turntables to the mix. The scratching wasn’t really working using my parents’ turntable. In Bautzen, where I was playing football at the time, there was a record store I used to go to where I bought my first hip-hop records and my first DJ set-up with belt-driven turntables. I used that to DJ my first gigs and record my first mix tapes.

The other factor was that at the time, my friends and I frequented the so-called “Jugendhäuser”. DJs used to perform a lot at those places. I watched them mix and scratch records, and I just loved it.

O: Where do you draw the input for your routines from?

I’m influenced by the music I hear on the radio, for example. When I hear certain songs I start wondering what you might be able to do with them or how you could combine them with another track. In other words, I always keep my ears open. It doesn’t matter if the tracks are totally new or if they’re part of musical history.

What were DJs playing 10 or 15 years ago? Which parts of what they did worked, and could you bring back those successful elements? The routines first emerge in my mind when I think back to a song, and then in the club when I play the song and try out the idea I have for it for the first time. Then I can tell if I need to make more adjustments or if I need to post-process the song in the studio to make it sound perfect, in the way I imagine it. In my sets I also use transitions from my mixed tapes, which I prepare so that I’m able to use them in my club performances.

While performing the routines in the club, I watch to see how people react - just because a particular idea grabs and excites me doesn’t always mean that the public hears it the way I want them to.

O: The way routines are implemented also depends on the tools used. What equipment do you use to DJ?

- My main instrument is the turntable; I prefer the Technics SL-1210 MK2. I also use a Rane Sixty-Two Mixer with Serato DJ. I use a lot of software features, since I’m hugely into technology. When I do a set, I also want to take full advantage and try out everything my software allows me to do, so I use an additional MIDI controller from Native Instruments. I’ve mapped the cue points, loops and samples from my Serato DJ to it.

O: Speaking of turntables, what pick-ups do you prefer?

-  I’ve sworn by the Ortofon Q.Bert for years. For my purposes, the pick-up works perfectly with conventional vinyl, just like it does with DVS control vinyl. Of course you try out new things from time to time, but ultimately these experiments just reinforce my original decision. For me there is no better system - I always bring a pair with me when I’m on tour.

O: In 2013, you came third at the Red Bull Thre3Style World Finals, and last year you took the throne. What is the appeal of DJ battles for you personally?

- In general I really like the competition factor in hip-hop, whether it’s rap, graffiti, breakdancing or DJing. I’ve always liked measuring myself against others. That's why I go into these DJ battles. Of course, I don’t come from the scratch DMC world, but from the world of club mixing, so only battles in that category were my thing.

I had won a few even before Red Bull Thre3Style. Plus I got to present myself as the German Thre3Style champion in 2013 in Toronto, where I had an insanely great time. I took third place, and I was happy with that. Spurred on by that, I moved on from the battle to work on my skills as a DJ. When they announced that there would be a 2014 Thre3Style, I didn’t hesitate to sign up. This allowed me to defend my German title, which wasn’t easy given the incredibly high expectations.

At the World Final Night in Baku, I took the stage in front of my favourite DJs, Z-Trip and Jazzy Jeff, and that motivated me to dig deep and show off everything I’m capable of. And from there things just went really well.

O: How long do you sit on a set before releasing it?

- That’s not something I can measure in terms of time, since I’m constantly working on my sets. Over the course of a two-hour show, I perform seven to nine new ideas in order to surprise my audience. Plus I add parts from different sets that the public already knows and are expecting to hear in my show.

I put together the set I did for Thre3Style using the best of what I had. You just have to go out there and perform it and see what happens. I wasn’t nervous at all, since I’ve played these routines so many times in front of audiences already.

O: You are a role model for many professional and aspiring DJs. Do you have any tips for the rookies out there?

- Anyone who has a thing for this kind of DJ style and wants to participate in DJ battles should be working on their technique constantly. When you have a chance to participate in a DJ battle or competition or to DJ any type of event, you need to go out there and trot out your routine. Of course, this is hard to do as a resident DJ, since you are playing in front of the same crowd every week. But if you travel a lot, like me, it works, and that’s exactly what people want to see.

O: As the reigning world champion, is there still anything you want to accomplish?

- Even though I’ve already visited 37 per cent of the world’s countries, I do still want to DJ more internationally - if possible in the form of a tour, so that I can stay on a bit longer in a given country. But for that I think you need your own productions as a DJ, which the people mainly put you in touch with.

Honestly, with a good and successful song, you get more bookings than you get with one or more world championship titles. That’s why I’m mainly working on my own productions at the moment. For example, my single ‘Get Down’ has already enjoyed quite a bit of success, and has been played by several DJs. My Trap Moombahton number was also very well received in the dancehall scene. When I play my gigs, I always notice when the crowd responds particularly euphorically. It’s down to this that I’ll be releasing more productions and remixes in the autumn. 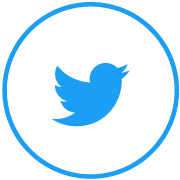